I allocated a Standard installation to the Datacenter license in an attempt to force the reconciliation process to report a compliant status for both licenses.  However, it made the deficit on the Standard worse.

Is anyone else seeing this behavior?

I'm not sure if you've got this resolved or found the cause of this, but if not the assessment results from some of the servers not consuming the Datacenter license may reveal some hints (an example from our demo environment):

It sounds to me as the fact that one of the licenses covers both the Windows Server application and the System Center applications whereas the other doesn't may influence matters here. Do you have the SKU's (Microsoft manufacturer article numbers) of the two licenses, and did you manually change any of the product use rights or are you using Flexera's PURL content "as is"? (If you're willing to share the SKU's with us here maybe some of the forum members would be able to provide further guidance, and if not please feel free to contact Flexera Support.)

RobertH
Level 6
In response to JohnSorensenDK

Also, to clarify, I have attached a listing of the applications attached to each license.

I tried to test your use case based on the full license SKU's you shared, but I cannot reproduce what you're seeing. I.e. in my tests both licenses are consumed by both the suite as well as standalone server licenses, and the Standard editions do get covered by Datacenter editions as per below screen shots: 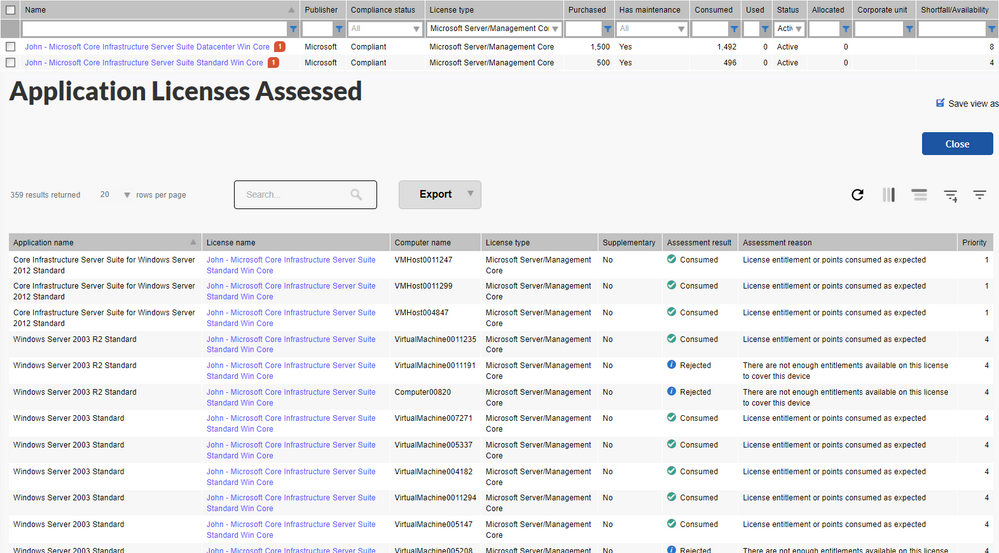 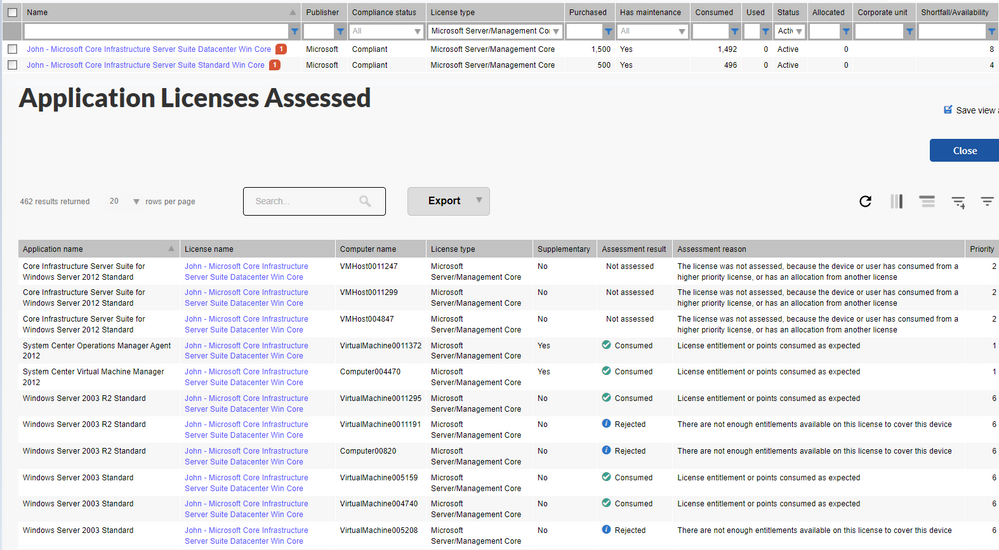 I don't know if my test examples above provides any hints (but I doubt it) and therefore I guess it's something in your environment that causes your findings. You may want to have another pair of eyes looking at your data and please feel free to reach out contact Flexera Support