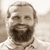 We are proud and excited to announce the FlexNet Manager Suite on-Premises 2022 R1 release!

This new version follows the 2021R1 on-premise version and brings a number of new features and enhancements. For more information please see the Futures by Release documentation. [more]
In addition to the new features, extensive work to fix known bugs and security-related changes are also included. The following link will provide a list of issues fixed in the 2022 R1 (On Premises) release: [more]

This article will briefly highlight the most important changes and refer to further documentation. Let's start with an overview of the highlights structured in the FlexNet Manager Suite value drivers:

In complex licensing situations, high saving can be reached either by counting consumptions a more sophisticated way or identifying areas of optimizations.

Each product has a slightly different story but there is a common pattern: FlexNet Manager allows you to make the best licensing decision and not choose the easy but expensive option of licenses ESX servers (and their installed VMs) with the expensive with unlimited virtualization rights options (Data Center edition for Windows, Enterprise Edition for SQL or Virtual Data Center edition for RHEL).

The Microsoft Windows Server Optimization Report computes the optimal license needs based on the 90 day peak number of Windows Server VMs, host per host. It also identifies when CIS is required. The report gives the total true up as well as the savings, host per host but also globally of the optimal license (when it is Standard edition) versus the classical and easy "Data Center" edition choice. [more]

The savings - through subscriptions downsizing (EASL contracts), non-renewal of Data Center edition SA or true up - can be in millions for large organizations.

The Microsoft SQL Server Optimization Report computes the optimal license needs evaluating host per host the "everything in Enterprise editions versus each VM licensed separately with the installed edition". The report gives the total true up as well as the savings, host per host but also globally of the optimal license (when it is Standard edition) versus the classical and easy "Enterprise". [more]

The Red Hat Enterprise Linux Optimization Report compares for each cluster the cost of using one or the other option, computes the optimal cost and provides the saving when the optimal license for a host is Server Node edition. [more]

Oracle can cost millions with the so-called "soft partitioning rule" if the mistake was made of having a VM with an expensive option in a large cluster.

This version contains more. The ideal Oracle VMWare architecture is when all VMs with consistent installed and used options are regrouped in specialized clusters. The Optimum Virtualized Target Architecture for Oracle Options Report provides the full details of this target architecture along with the consumption saving. [more] 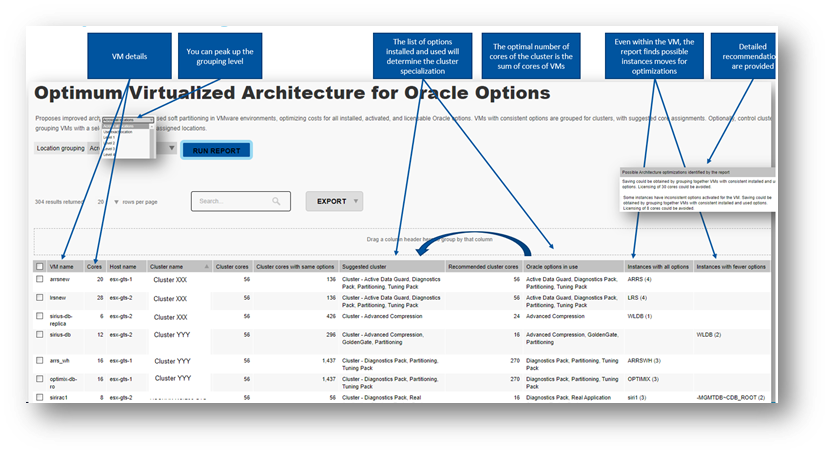 Two other reports on Oracle provide simulations on the consumption and financial impact for the database and options licenses on the various soft partitioning levels (e.g. Cluster, vCenter, all vCenters): 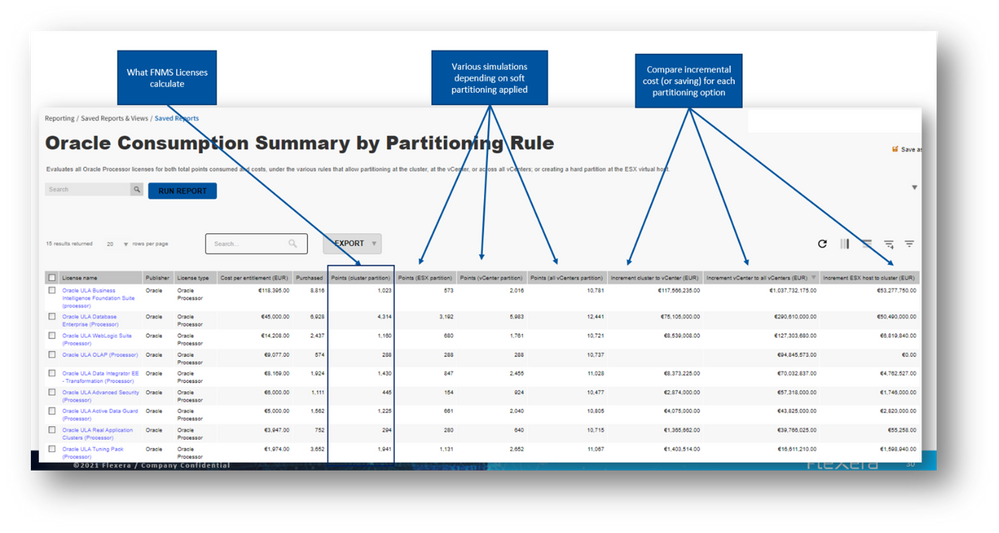 The license exemption by file path automates exemptions for Java installations recognized based on file evidences on exempted paths. [more]

This feature introduces an application transparency report that links the dots between raw evidence and recognized applications. The report “deconstructs” the suites and shows recognized components.

Collected VDI data consists of (1) existing VDI devices and templates, (2) existing desktop pools where these VDI devices and templates are installed and (3) what user groups have access to these desktop pools.
Application evidence can then be collected from each of the VDI devices by the FlexNet inventory agent or any other supported third party inventory solution. The use of other third-party inventory solutions is new and also available to work with other non-persistent VDI data such as Citrix.

Imported VDI data alongside the application evidence will give full IT visibility of inventory running on the VMware Horizon platform, and provide licensing capabilities for all applications used by end-users on non-persistent VDIs.[more]

With this version a new BMC Discovery adapter is available. What is new? Using this adapter, running on an appropriate inventory beacon, simply connects to the RESTful APIs provided by BMC Discovery, is a much lighter mechanism for collecting the relevant data. There is no need for an intermediary staging database or a separate processing executable, as was the case with the previous mechanism.[more]

This light version of the Kubernetes agent  requires lass space, lower user privileges and no requirement to in injected in the containers.  [more]

Furthermore, there are several updates to the Flexera Kubernetes inventory agent, used to help gather inventory from containers in Kubernetes clusters. [more]

The Auto Cleanup  setting allows to define a deletion mechanism from Inventory Manager based on the last inventory date of the devices. This mechanism allows to avoid devices merge issues (that can cause false positives in recognized applications) and decreases the quantity of data (files evidence for instance) stored for “useless” computers. [more]

The File Replication on Beacons  feature allows to easily set up a local copy mechanism for selected inventory files types (e.g. .ndi, .disco) that transit on the beacon. This allows to understand the files flows and troubleshoot inventory issues. Note that this local copy is also possible on the application server (web.config setting). [more]

When will the new release become available in the 'Product & License Center'? This morning (April 22nd) I don't see it yet.

@erwinlindemann - I'm not sure what might be stopping you from seeing it, but it has been there for a couple of days.

When I log into the "Product and License Center" from the 'Product Access' link on the top of the community, under "Latest Version" for the FlexNet Manager Platform, I see  '2021 R1' (from Aug 2nd 2021) only.

I just downloaded the version 2022 R1, so it is visible in the portal.

@mfranz & @erwinlindemann - I'm not sure what's going on there. I've just accessed the PLC while impersonating both of your user accounts, and see the 2022 R1 release appearing as follows: 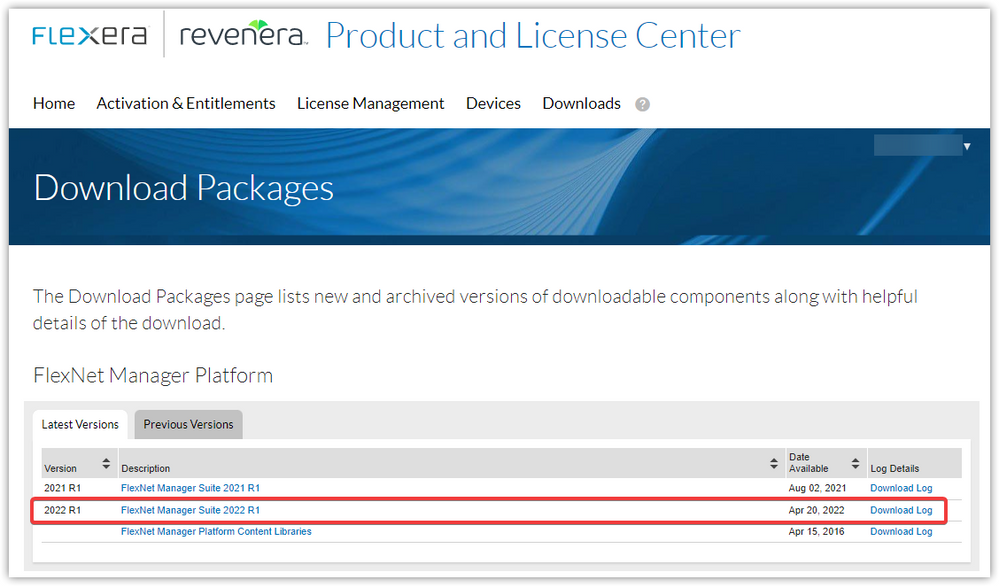 I'm not sure why you see something different. You may need to reach out directly to Flexera for some specialized assistance.

@adrian_ritz1 - good to have the confirmation that you are seeing it OK.

Thanks to the help of some members of the German Flexera team, the issue is fixed now 😎.

Thanks for your help!

What has changed in Flexnet Agent 18 from 16?

@GopalRaghvani - The Release Notes for the FNMS On-Premises Agent can be found here:

Can we then also finally 🙂 expect a SUSE license optimization report?

Have a good day!