I am trying to create a Cognos report that shows me my license consumption separated by Desktop and Servers. I have a report that goes to the publisher and application level, but how do I separate these so that I can see all my servers ONLY, OR all my desktops ONLY. Screenshot attached of my current report.

Which Data model are you trying to use?

If you are using the “FlexNet Manager Platform Data Warehouse (analysis)” one then it doesn’t include machine level attributes as all data is aggregated up to install/consumption counts of software across enterprise groups.

I suspect you are on-prem though and using the “FlexNet Manager Platform Reports and Dashboard” model.  If so, then you could include logic in the query that defines a “Server” based on the OS it is running (which is similar to how FNMS counts inventory for its own licensing against Datacenter or Desktop).   An example would be adding a data item to a query which qualifies a server to match on OS including the word ‘server’ – see screencaps below.

In this example the OS's below are really all server OS's, but you can control that in the query, so this is just to demonstrate based on the condition I showed above: 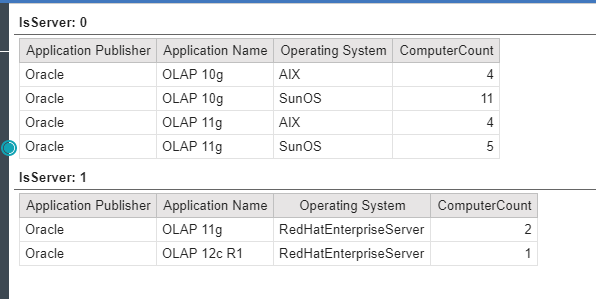 Otherwise - if you are on prem anyway and want to get the best performance of your report you could always bypass the data model and use a SQL based query.

kathy_allen
Level 7
In response to MurrayPeters

@MurrayPeters When using FlexNet Manager Platform Reports and Dashboard, can you provide the steps you used to build the report with the Data Items and Detail Filters?  I am at this point and stuck. 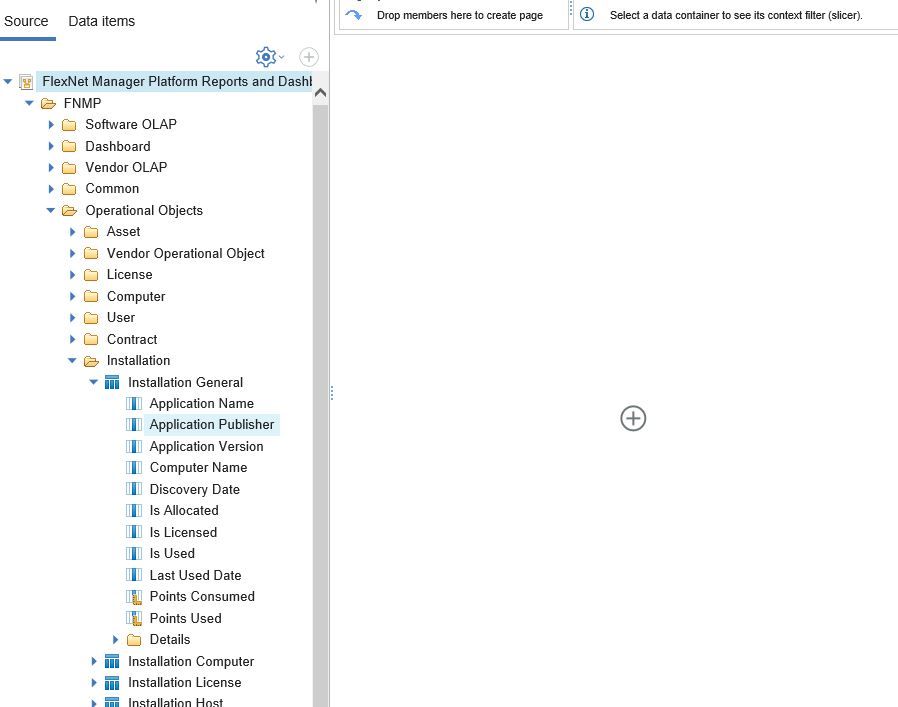