A Docker container image is a package of all the scripts, software, runtime, system tools, libraries, and configuration required to run an application.  A container image can be launched as a Docker container in a lightweight isolated environment using the Docker Engine.  Like virtual machines, containers isolate resources.  However, while virtual machines abstract hardware and run individual operating system kernels, containers make it possible to run multiple isolated applications on a single operating system kernel instance.  Therefore, containers eliminate the weight of a hypervisor by executing directly on the Linux or Windows kernel.

A comparison of virtualization and Containerization

The simplicity of deployment, portability to any system, repeatability, efficient execution, and isolation is making container technology extremely popular in the enterprise.  The concept of containerization was not new with Linux.  AIX Workload Partitions (wPAR) and Solaris Zones have come before.  However, Docker has provided a far more complete ecosystem.

Support for gathering inventory of Docker containers and inventory of the container images running on Linux has been introduced in the recent FlexNet Manager Suite 2020 R1 release.  In this initial phase, our aim (as described in a previous blog post Discovery and Inventory of Docker Containers in FlexNet Manager Suite 2020 R1) is to provide visibility of running containers, the container images, and the recognized software within these images.

In the initial path chosen for inventorying Docker container images, Docker tracker waits for a container executing the image to be launched and performs a zero-footprint inventory on the executing container – in other words, there is no need for particular software to be pre-installed or specially configured inside the container.  The inventory gathering process involves the following steps:

This is illustrated in the following diagram:

By performing a zero-footprint inventory, the full capability of the FlexNet inventory agent is used to gather all types of raw installation evidence from each container image.

From here, a user can drill down into a container image’s properties:

These image properties include a list of all the applications identified by the Application Recognition Library (ARL) from software evidence gathered from the image: 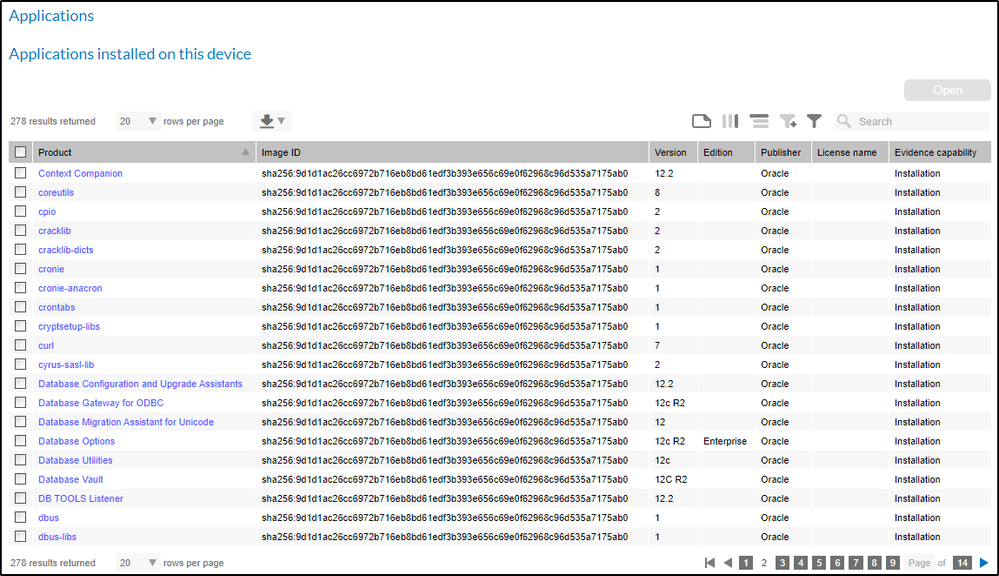 Another tab highlights the evidence used to identify those applications.  It is worth noting in this example that it includes not just the RPM evidence of the containerized Linux operating system, but also the custom Oracle Universal Installer (OUI) technology used to install many Oracle applications.  This evidence, amongst others, is specifically identified and reported by the FlexNet inventory agent. 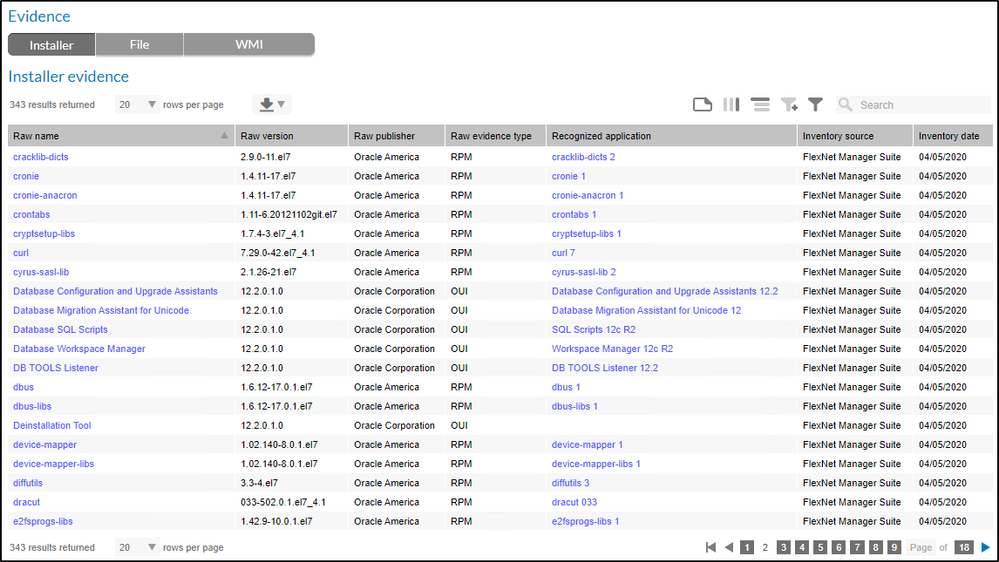 It is also possible to open an inventory device’s properties and see all the Docker containers running on that device. 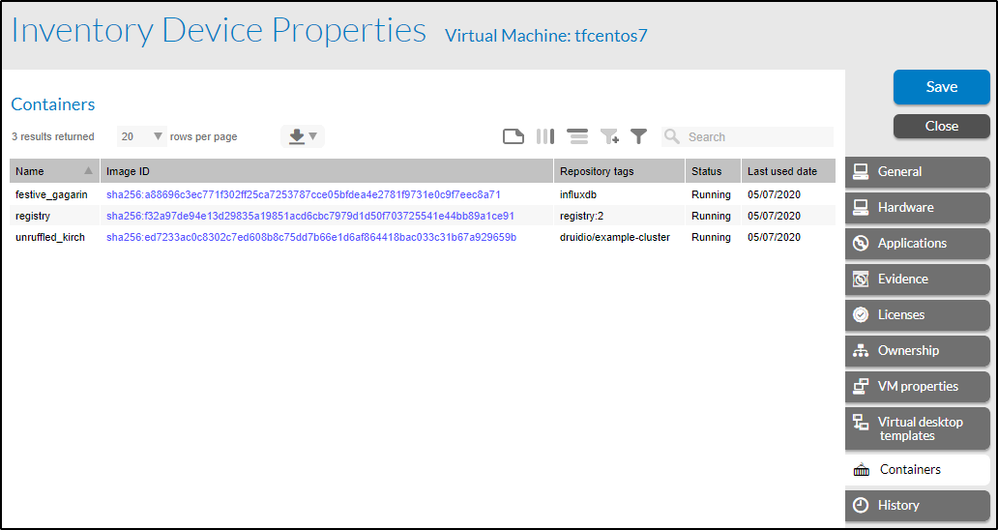 This is an initial capability for working with containers.  As always, there is still more work that can be done.  Let us know in comments on this post about what additional capabilities you’d like to see – some potential capabilities under consideration include:

We hope you enjoy this early Docker container support and we look forward to your feedback!

Is Flexera planning to release a version of Inventory Beacon that can run within a Docker container to make it easier to deploy into non-Windows environments?

@afilla - I've not heard of any plans to develop a version of the beacon software that runs in a non-Windows environment or in containers. If you think there is a strong use case for that and may be interest from others, you may wish to submit it as an idea in Flexera Ideas so others can vote on it.

@ChrisG  i am looking for step by step document guide to install  FlexNet Manager Suite 2020 R1 in one of our lab linux vm to scan  all the docker containers running  for SAM.

To be able to inventory docker containers, the easiest is to install the flexnet agent onto the host machine. It will automatically inject an inventory agent into the containers, if you have enabled the setting in discovery&inventory -> inventory settings

When you have logged into your FNMS instance, go to Discovery & Inventory -> Settings.

Scroll down until you find Inventory agent for download.

Or in the product & licensing center at Flexera you can download the full agent package, extract and pick the agent version you want to use.