In November, Secunia Research issued 391 advisories from 70 unique vendors in 236 products and 311 unique versions. This is a decrease of 12.8% from last month.

Google Chrome issued a zero-day advisory which was dubbed as Halloween Night scare. Also, there were 2 advisories issued for Linux and IBM with vulnerabilities that are responsible for ransomware attacks.

90% of advisories had a solution on the day of publishing which means vulnerability management solutions can help to remediate these vulnerabilities almost immediately.

Here are the top vendors by the count of vulnerabilities. 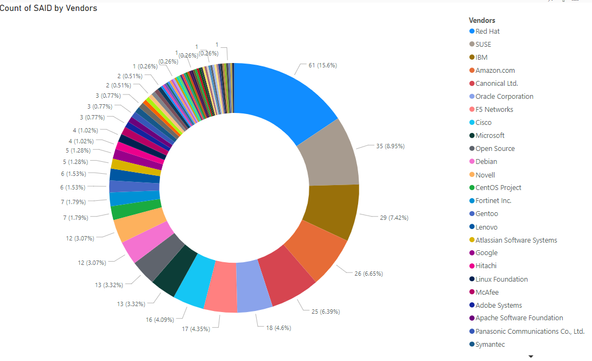 5 being the highest criticality, the below graph shows the average criticality per vendor which is sorted based on the number of advisories. 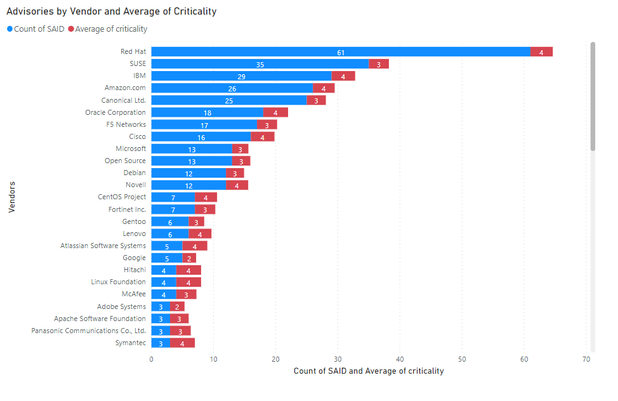 November only had 2 Extremely critical vulnerabilities where Google Chrome issued an urgent patch with version 78.0.3904.87 on the Halloween Night which resulted in a Secunia Advisory SA91892. The other extremely critical advisory was attributed to Microsoft Internet Explorer version 9,10 and 11 where relevant Microsoft KBs were issued on Microsoft Patch Tuesday. 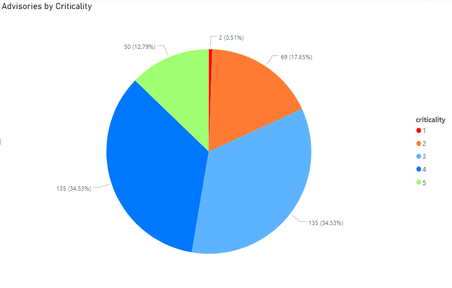 As usual, most vulnerabilities can be exploited from remote which makes the remediation efforts even more important. 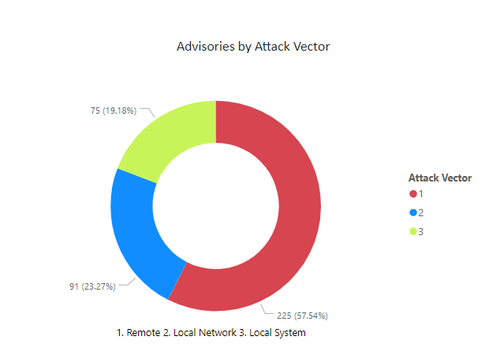 Common Vulnerability Scoring System – CVSS is a common industry standard to rate the severity of vulnerabilities. It ranges between 10 and 0 with 10 being the highest. Currently, CVSS standards are version 3. 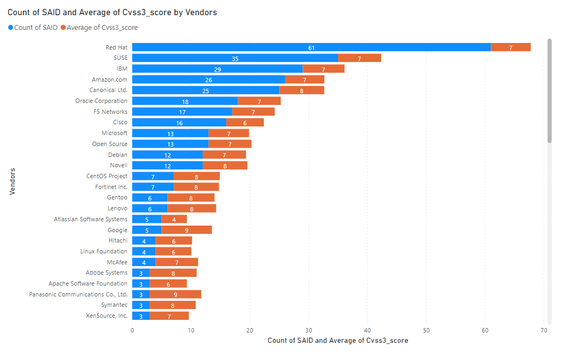 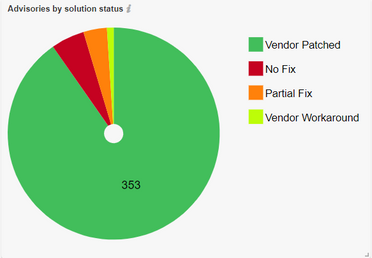 The new feature in Software vulnerability Research and Software Vulnerability Management solutions helps our customers to prioritize and remediation based on the accurate threat landscape. There were a couple of vulnerabilities with a very high threat score. Google Chrome and Internet explorers were among the software with the highest threat score.

The month of November saw a lower number of advisories issued as compared to past months while Google Chrome and Internet Explorer vulnerabilities stole the headlines. Many enterprises were caught off-guard with the Google Chrome Zero-day advisory during the holiday period. Vulnerabilities in the Open Source Operating system mainly Linux and other software are on the rise while Microsoft vulnerabilities are declining. Microsoft follows its Patch Tuesday religiously which helps enterprises to devise an effective patch management strategy for Microsoft estate while third party patch management remains the Achilles’ heel for most enterprises.