[Incident]: Some users report they are unable to access the case portal. Please see this community notice for more information.

Creating an InstallScript Installer to a single MSI

We've just upgraded to InstallShield 2014 Pro from 2009, and we're doing some testing with switching to installscript installers for our new releases instead of Basic MSI projects which we've used up until now.

We've created a brand new project from scratch (so this isn't an upgrade of an old one), and so far all pretty good, but i'm having trouble getting a single MSI installer out - all we seem to be able to create is either setup.exe+Cabs. From what i can glean from Google there should be an option for User Interface Type in General Information, but I can't see that option on mine here. We're running 2014 Pro with SP1 so I believe we are fully up to date.

Anyone any advice on what we're missing? 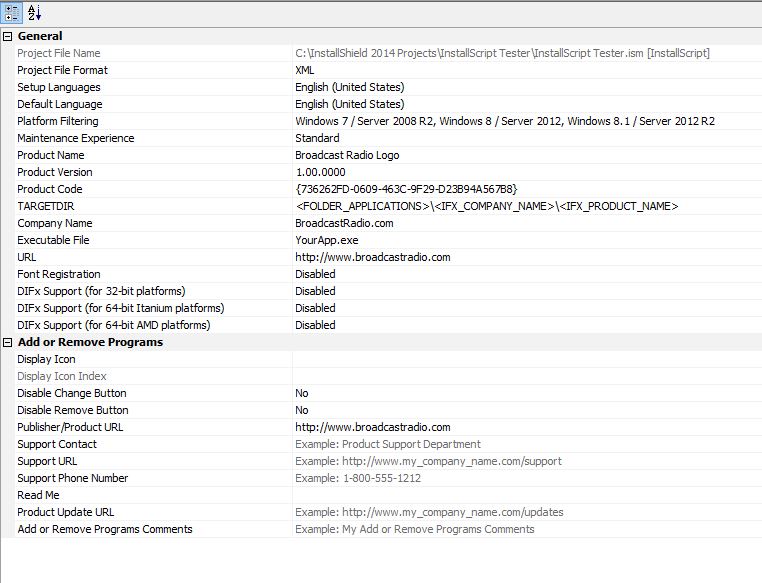 MichaelU
Level 12 Flexeran
If you are using a non-MSI project type, the output will not be a .msi file. InstallScript projects (which your screenshot indicates you are using) create an exe that uses InstallShield's own installation engine exclusively; Windows Installer doesn't need to be involved.
0 Kudos
Reply

Ah that obvious!! Thanks for the info.