How does the Usage Intelligence call home protocol work?

How does the Usage Intelligence call home protocol work?

As a software vendor, you also have the option to control what information is collected from your end-users by adding an opt-out mechanism during installation or as a configuration option within your software. If a user chooses not to be tracked, then you can simply bypass the call(s) to the Usage Intelligence API.

The Usage Intelligence SDK supports two types of communication protocols, HTTPS and HTTP with AES-128 encrypted payload. The protocol to be used can be specified when creating the SDK configuration. Here is a description for each option:

Caching and Lack of Internet connectivity

By default, the Usage Intelligence SDK calls home to the Usage Intelligence server as soon as your software is loaded, and then every 20 minutes after that while the application is still running. Other calls can occur whenever the developer calls an API which requires a real-time response from the server, such as during Message Check and License key validation.

In the meantime, the Usage Intelligence SDK will cache usage statistics to a log file on disk, ready to be sent on the next callhome. For SDK's older than version 5, a single cache file is maintained with data from all sessions. For SDK version 5 and later, a cache file is created for every runtime session (determined by 'start-stop').

Whenever an internet connection is not available, usage data remains cached until the connection is restored. Note that before a client can track data offline, it must have done at least one successful sync with the Usage Intelligence server to register its existence and get a unique Client ID. A threshold is set on each cache file size so that a machine with a permanent loss of connectivity will stop collecting usage data for that session, once this file threshold is reached. Once the connection is restored, the log files are compressed and sent over to the Usage Intelligence server using minimal bandwidth. 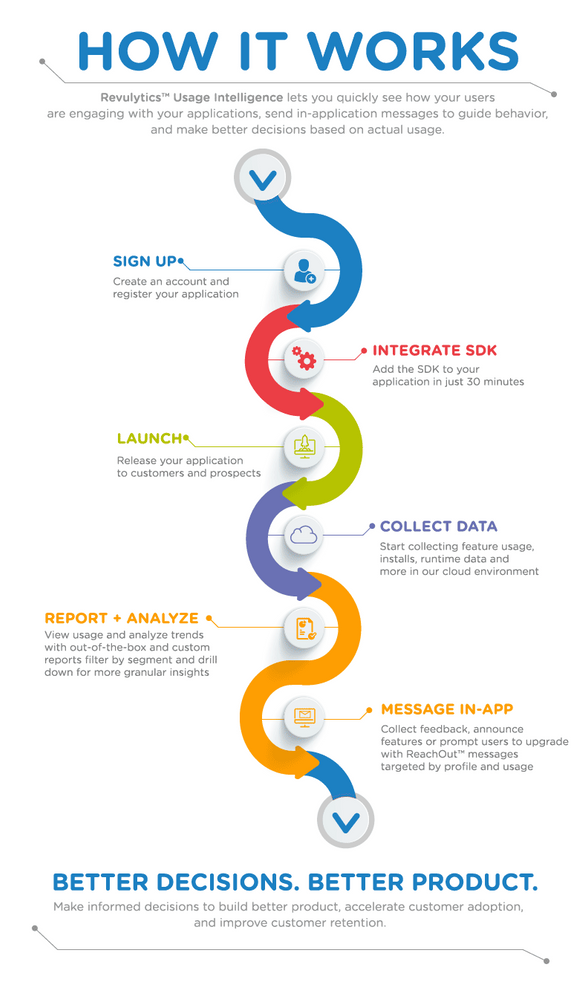