How can I increase the number of people converting from trials to paying customers?

A software company faced a common problem. It was extremely dissatisfied with the number of trial users who converted to paying customers: only 20 sales per 1,000 downloads. And, it was wasting sales resources on low quality leads.

To improve trial conversions and sales efficacy, the company needed a deeper understanding of trial user behavior, and more timely communications to direct users onto “paths to purchase,” and away from paths that typically led to abandonment. 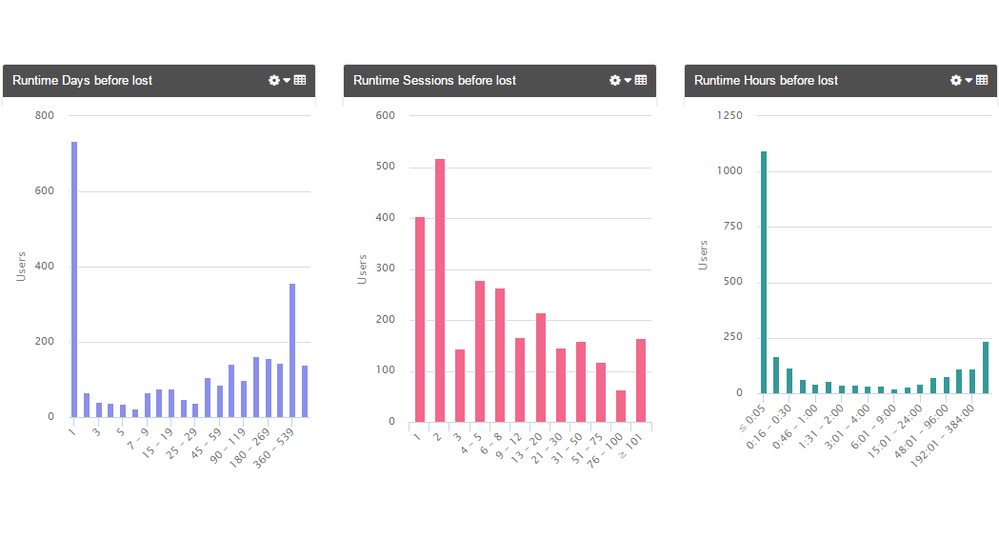 Through detailed Usage Intelligence churn and engagement reports, the company came to understand exactly how long it took trial users to decide whether to purchase or abandon. The reports also showed how many sessions, days, and minutes of actual usage during this period.

The vendor was able to identify user segments based on how they used the software and discovered that the highest churn rates were associated with slow machines with relatively little memory. For one product, reports showed that trial users made decisions in as little as 15 minutes; for another, it showed they typically ran the software five times before deciding. For each product, usage analytics made it possible to segment different kinds of users, each with their own typical patterns of behaviors.

With this powerful insight, the company revamped its campaign around users’ evaluation patterns, ensuring that prospects received well-targeted messaging before they decided to abandon the software. Prospects who were expected to test the software five times received a special discount voucher after three sessions, and a more aggressive offer after the fifth. Since customers usually abandoned the software if they did not purchase within 15 days, more messaging was moved earlier into the trial period.

Based on the features each prospect used, messaging was customized to highlight related features they would likely be interested in exploring. Finally, the software company began using ReachOut in-app messaging along with email.

Greater engagement led to significant increases in conversion. After seeing these results, the software company committed to integrating Usage Intelligence with ReachOut throughout its entire product line.