Like many software vendors, a provider of PDF management tools knew how many users had downloaded a trial, but had no visibility into anything that happened afterwards. The company wanted to understand its trial users’ experience in greater depth and increase its software trial conversion rates.

The company had built many innovative new features into the latest version of its software. However, too few trial users were converting into paying customers. The company needed to quickly identify and solve problems that might be discouraging or alienating them. 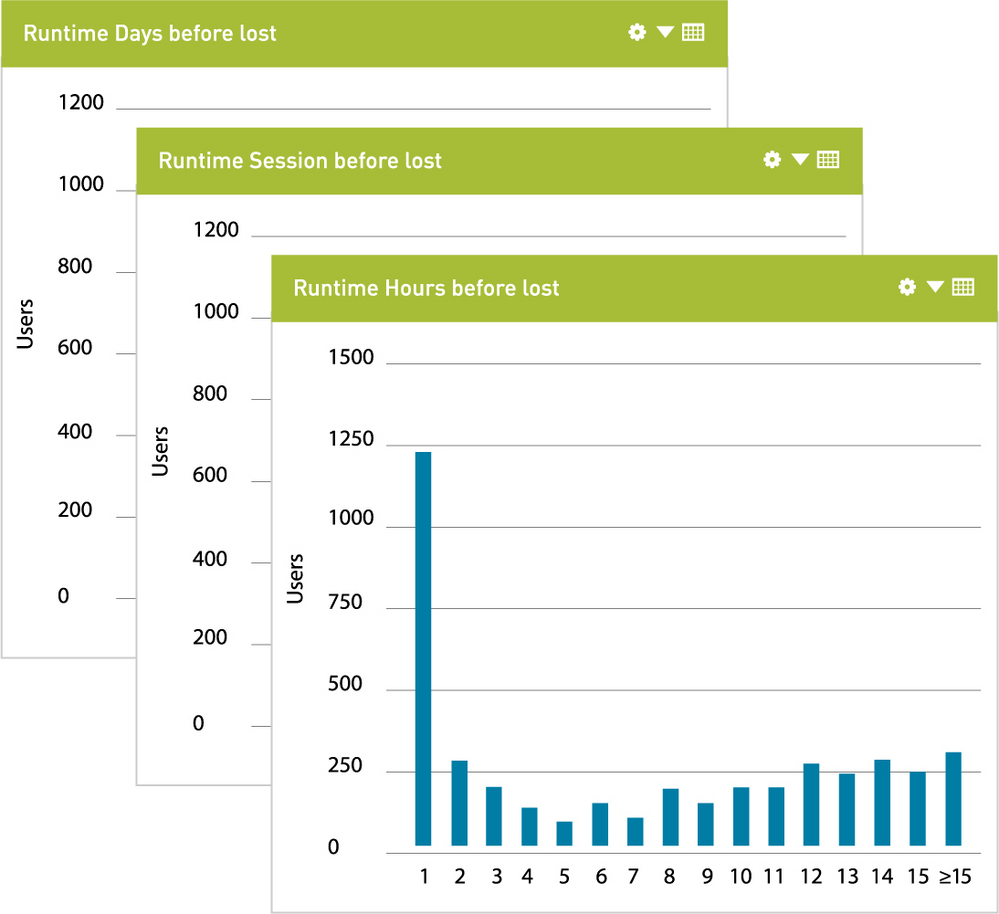 Seeking data-driven answers, product management utilized Usage Intelligence activity tracking tool and churn analysis reports to understand exactly what trial users were doing in the critical first week after their downloads. The reports offered detailed information on how long users work with the product before walking away, and provided a full profile of users who walk away, helping to identify patterns in the types of machines, memory capacity, regions, versions, editions, and operating systems that may be associated with churn.

We identified several important software usage patterns, but one stood out immediately. Nearly 1,250 users got stuck in the configuration wizard, and dumped the product within just one hour after installing it. Changes to improve the wizard’s usability were made immediately. With this obstacle overcome, software usage tracking showed that users were now engaged with the software as expected. As trial users discovered its attractive capabilities, software trial conversion rates quickly spiked upwards.

For another software provider, we identified a pattern in the types of feature usage that led to trial abandonment. Prospects who used the patch management feature built into the company’s software utility seemed impressed: they were highly likely to purchase. However, prospects who used its network scanning feature were far less likely to convert. This knowledge helped the provider focus on addressing weaknesses in that feature, thereby improving conversion rates.