Why aren’t users taking advantage of our ‘killer’ feature - and what can we do about it?

Software product management’s assumptions about a feature’s benefits don’t always align with customer experience. An accounting software company faced this challenge. After investing heavily in an innovative feature for managing rolling budgets, the product and marketing teams did not see the expected uptick in trial conversions.

To increase adoption, the company needed to know how different subgroups of users were reacting to this new “killer” feature — and whether they were using it at all. They also needed to test go-to-market messaging to see if their current positioning was resonating with new and existing customers. 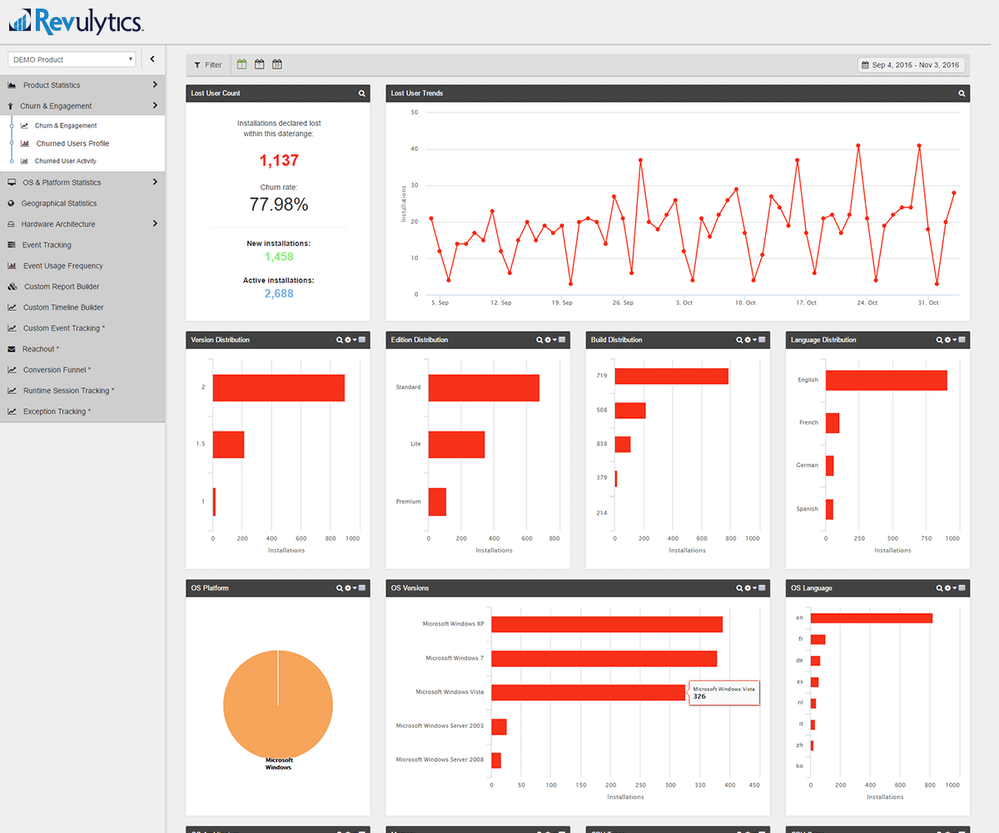 The company implemented Usage Intelligence to discover how long it took users to find and adopt the new feature, and what software usage patterns led to (or away from) adoption. Using event tracking with filtering and segmentation, the company generated highly granular metrics on how different types of users engaged with the product, gaining insights into which customers should have been expected to use its killer  feature, and why more of those customers weren’t using it. Churn reports helped identify differences in the behavior patterns between purchasers and those who abandoned without ever using the feature, offering information that could be used to move prospects from one group to the other.

Using usage analytics, the company quickly learned that paying users weren’t adopting its high value feature until months after they began using the software. Most trial users never saw or used it before their trials expired. With detailed software usage information, the company could plan and execute effective interventions.

First, it leveraged ReachOut™ to send contextually relevant messages to trial users while they were using a related feature, or if they hadn’t used the feature within the first week of the trial. ReachOut messaging capability includes a YouTube video pop-up and a video embedded directly in the software’s own help facility.

The company now incorporates usage analytics into all major new feature introductions, gaining detailed insight into software usage in real (not just beta test) environments. This information quickly feeds back to product and marketing teams, helping them refine user interfaces and focus their work more effectively to drive success. By identifying patterns in the sets of features used by different types of prospects, the software provider has also refined the way it plans its offerings, shaping higher-cost professional” or “ultimate” versions more effectively.