SVM On-prem R5 v7.6.1.20 is now available for download. There have been many significant enhancements added to the SVM cloud edition in last the few updates. All those enhancements are now made available to our on-prem customers through this update.

The biggest of all the enhancements is the new user interface. This update presents Software Vulnerability Manager with a refreshed and modern user interface. The new UI does not include any of the ActiveX-dependent capabilities.

For more details on the new user interface and FAQ, click here.

When a path is added to the Blocked List, the SVM scan agent ignores this path while scanning hosts for vulnerable software. However, there may be scenarios where you may wish to be made aware of what is actually being blocked based on your settings and this new feature provides such visibility. 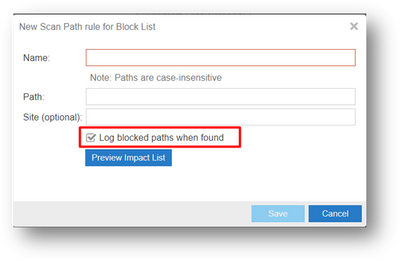 This update of SVM introduces a new option – Log blocked paths when found, to log a path while adding it to the blocked list. This new capability enables you to optionally be made aware of any vulnerable instances blocked. All the blocked paths which are selected for logging will be set to Yes in the new column named Logged in the Block List view under the Scan Paths menu in the left navigation panel.

For a given host, all the products associated with the logged blocked paths can be seen under the new tab named Blocked Results for the host in the Completed Scans menu.

Additionally, you may see a record of all blocked results which have been logged in the table view.  Reporting > Database Access > Database Console offers a view of the tables within the SVM database where you will observe a new table named csi_device_awareness_software which contains complete details of what have been blocked and logged. 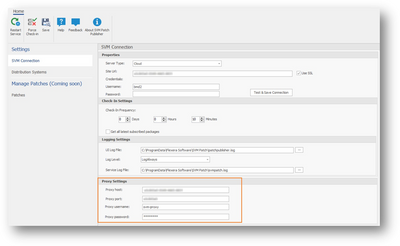