This article is related to Flexera FNMS September Newsletter

News and deep dive on specific topics, the goal of the webinars is to keep FNMS user aware of what is new in the product, as well as what they have had for ever but maybe did not know.

The first session recording and presentation are available in this post. The session introduced FNMS 2021R1 in details and drilled down on the Oracle Optimization reports released in FNMS.

Optimization deserves more than a post... this is one crucial lever of SAM.

"Invent a complex or nasty rule and you will make more money" could be the moto of Oracle, Red Hat or Microsoft. For sure, the constant evolution of technology (particularly virtualization, that allow virtual machines to move across hosts, cluster and even vCenters now!) has forced Publishers to adapt their rules... that have become so complex and force customers to either pay high licenses amounts (Oracle) or choose the safe and expensive options (Microsoft with Windows Server in particular). If you want to know more, check out this this post released in 2020: When good intentions, good will and sincerity lead to licensing nightmares and financial waste.

80% of companies choose the very easy option: "All ESX hosts in DataCenter" or a less easy that turns often the DataCenter choice: the "Worst case". What if all VMs in a cluster landed on each of the hosts?

These approaches extremely high cost. For a 2500 ESX Hosts / 40 000 VMs estate... the perpetual license cost difference between the worst case and the 90 day peak is USD15 million! 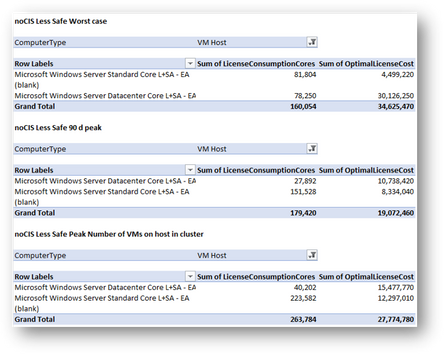 A published solution provides a report that allows to catch information that will allow to choose the optimal license to conver your ESX servers:

The report allows you to compare the option and their related cost.

SQL Server is a similar, but simpler story

Red Hat Linux optimization report released in SaaS in September and published in this KB article applies a logic that is closer to Windows Server... customer have a choice with the Server and Virtual DataCenters editions that are more adapter to "Red Hat high density" clusters... with a constraint of  uniform licensing in the cluster. Released reports calculate cluster per cluster the optimal license (based on costs and calculate the optimal position). More details here.

Second type of optimization: "Change your infrastructure or downgrade subscriptions"

With Oracle, this issue is not that the rule is ambiguous (even if there are several levels of "soft partitioning" applied more or less systematically), the rule is super expensive. "a VM in a cluster installed with Oracle Enterprise Edition or  a used option will trigger the need to license the full cluster (or vCenter... or vCenter!).

2 reports have been released in July, 3 more in September that analyse in all angles you Oracle Database and used options estate to identify the potential savings (moving VMs out of low density clusters) and even sugges you a "target cluster architecture" that will minimize your costs... The reports also simulate the consumption and financial impact of the various soft partitioning rules. 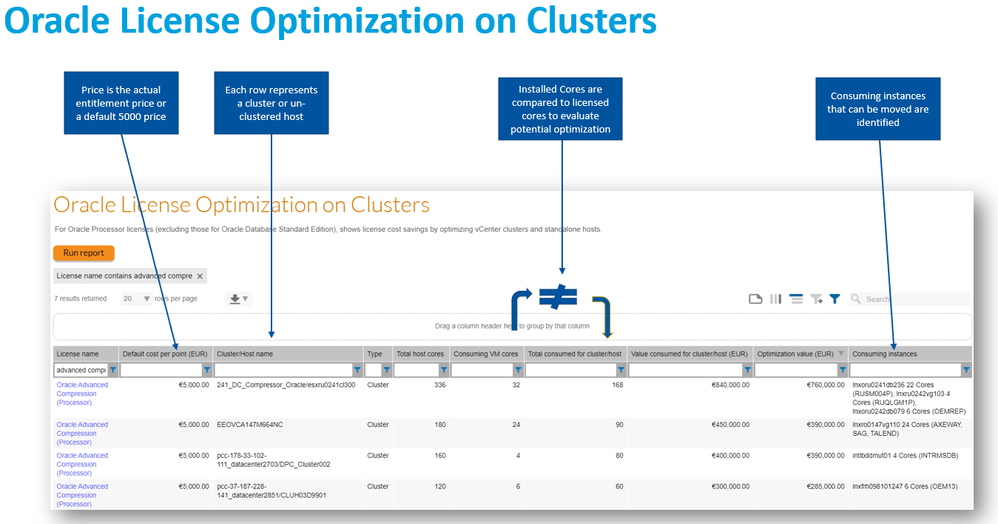 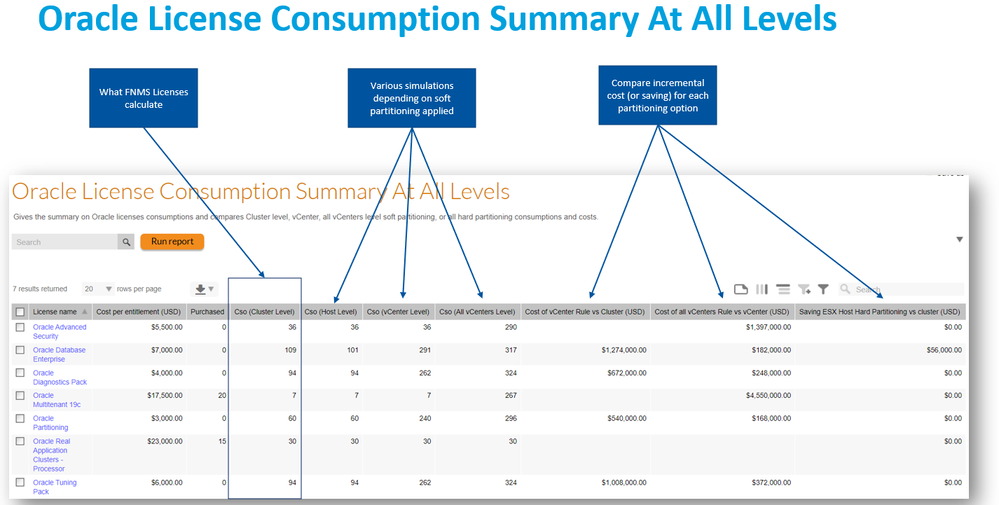 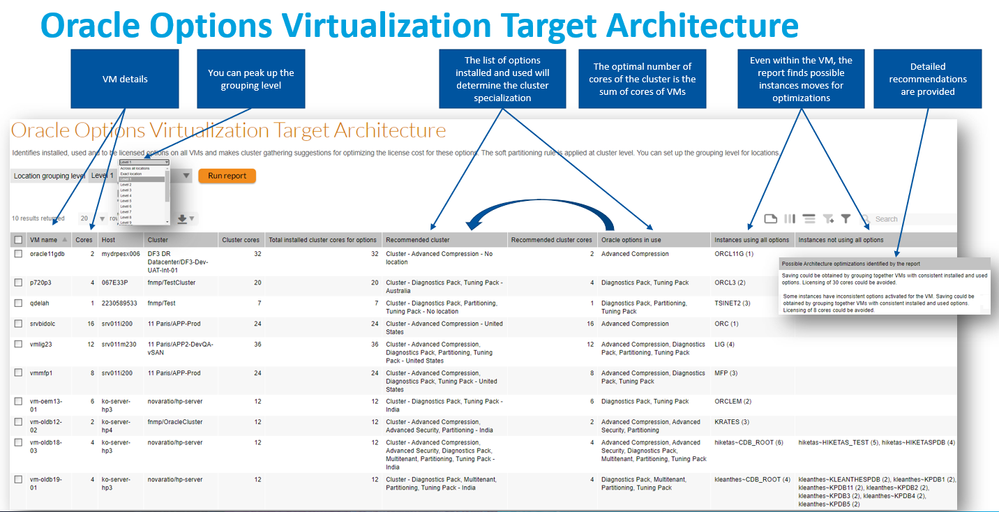 Adobe has not yet been addressed in the SAM Best Practices Webinars but I can't resist...

"OK, Nicolas subscribed to Creative Cloud CC... which gives access to 13 stand alone applications (Photoshop, Illustrator, Acrobat DC...), what, what did he really installed, what is he really using? Does he have two subscription that overlap?". This simple question has no easy answer today.

The Adobe Subscriptions Optimization Report & Adobe Portal Users importer published solution provides a PowerShell import for Adobe users (from the Portal) and a report that will do the full analysis an provides prioritized recommendations on downgrades, with calculation of the financial savings.