Features on Demand (FODs) are Windows feature packages that can be added at any time to Windows 10 or Windows Server 2019. They are distributed as .cab files on the Feature on Demand ISO and you can use Deployment Image Servicing & Management (DISM) to add a FOD to a Windows image. There are 2 types of Features on Demand

Some FODs come preinstalled with Windows 10 or Windows Server 2019. You can also add additional FODs to support additional hardware features or enable certain use cases. The following Features on Demand come preinstalled, and have no satellite packages

The following FODs are not preinstalled

Discovery and Normalization of FOD

FOD Products will still continue to be captured into Technopedia along with Support Policies and Lifecycle dates as long as Microsoft still allows the Products to be downloaded separately.  For example RSAT can be downloaded separately from  the official website here https://www.microsoft.com/en-au/download/details.aspx?id=45520 and will show up in ‘Uninstall or change a program’.  Note from the screenshot below this is where we could see the ‘Publisher’, ‘Name’ and ‘Version’ data which is typical for what we discover for Add/Remove evidences.

However, if the Product is downloaded as a FOD and installed using DISM then it only shows up in the ‘Turn Windows Features On or Off’ list.  In this scenario, currently it is not possible to discover the ‘Publisher’, ‘Name’ and ‘Version’ data evidence, since DSIM requires Administrator privileges, and extractors do not have the capability to run Command line arguments since the versioning of RSAT is not available for Discovery when installed and activated as a FOD, it is not possible to capture lifecycle EOL/Obsolete dates. 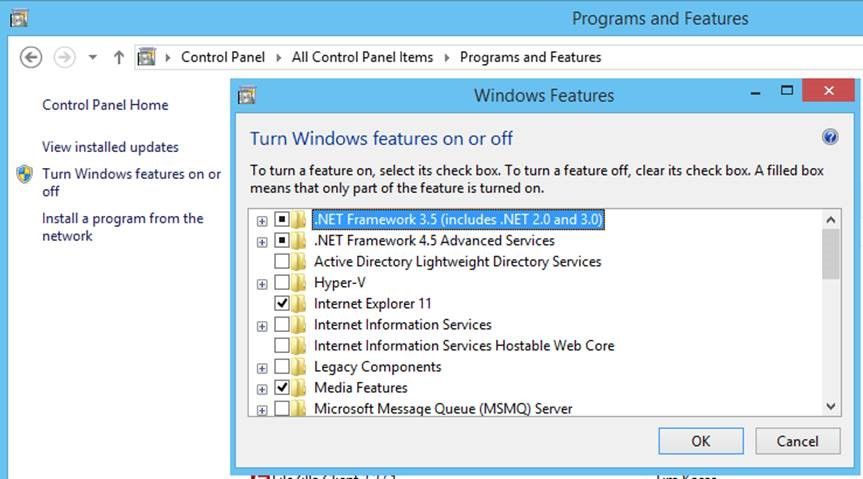 In certain circumstances, customers discovered data will present a FOD along with the OS installed e.g.

Note that the versioning of the FOD is not available from Discovery.  To accommodate this, Technopedia will capture FOD titles, when they meet the S/W eligibility criteria with Versions based on the specific OS in which it is known to be installed an activated. The FOD lifecycle dates will piggyback on the lifecycle dates of that Windows OS version as well. For example, RSAT would be captured as follows: