You have successfully synced the App Broker catalog with ServiceNow, but when examining the imported catalog items no Variable Set is associated as seen below: 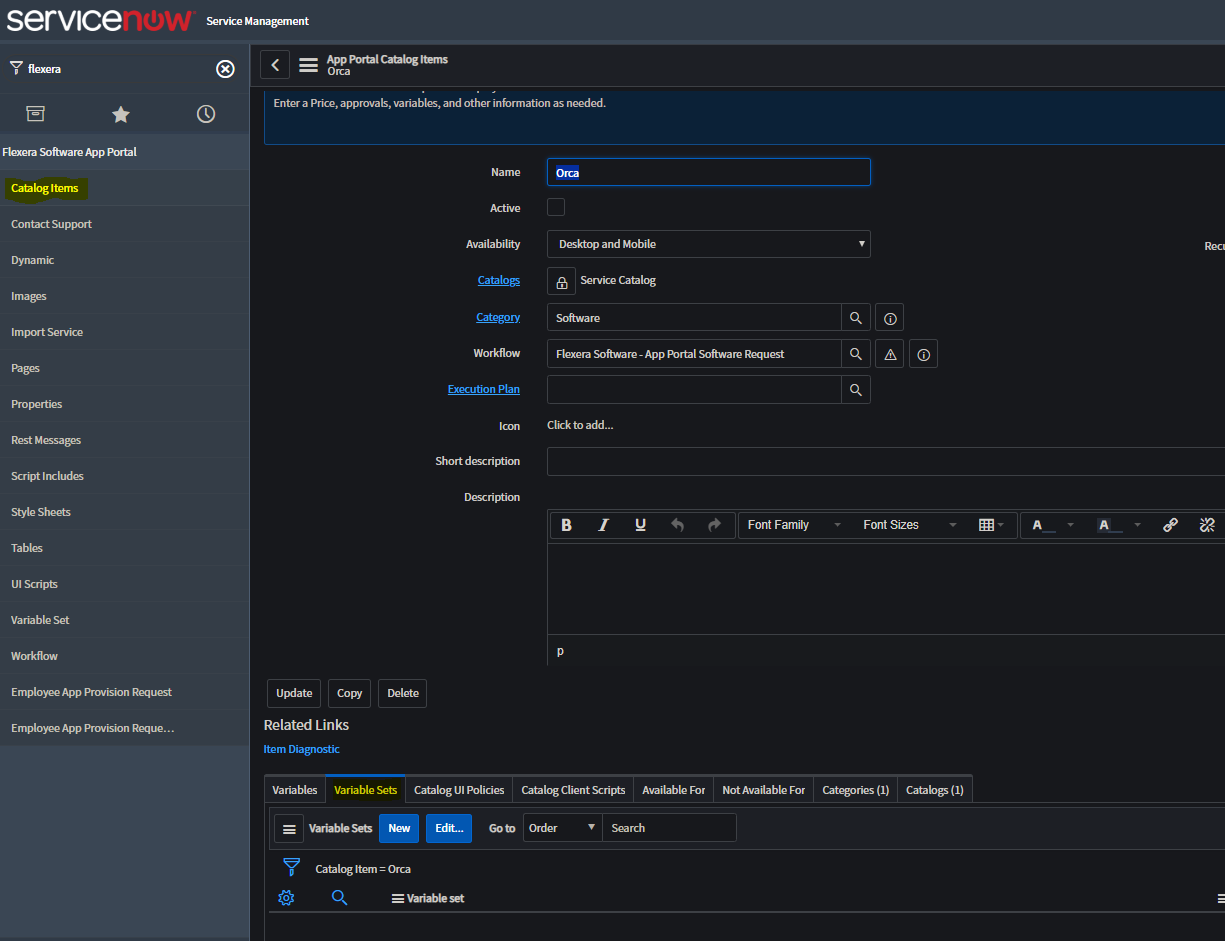 It is expected that the App Portal Variable Set be attached to the ServiceNow catalog items during the catalog sync. This issue has only been seen intermittently as is being tracked internally by our Development Team under issue #IOJ-1903622.